A Machine to Live In: Experimental Cinema And the Demise of the Future 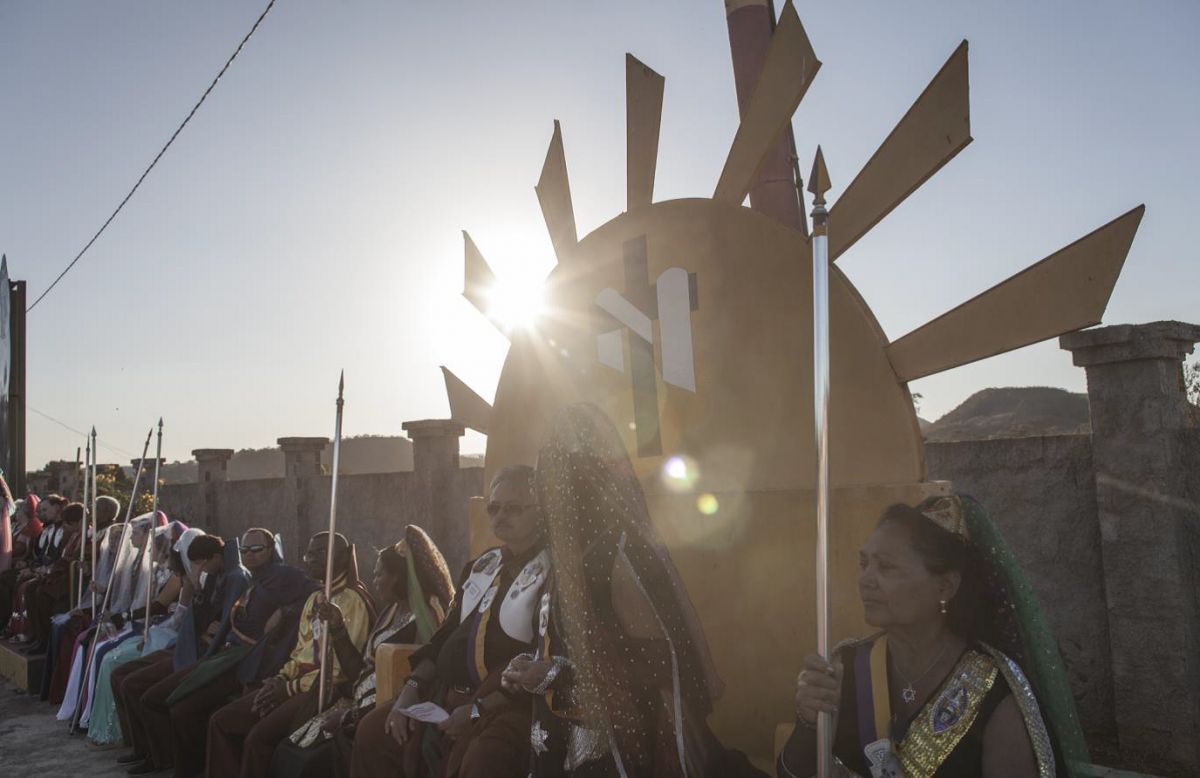 Hurtling itself forward in space and time, Brasília's dream of a modernist future is well known in the history of architecture. But what appears to be a hermetically sealed Corbusian outpost is in fact a flourishing ecosystem for radical experiments in utopian design which radiates outward from Brazil’s remote interior region. "A Machine To Live In" is a new body of work by a stalwart collaborative of international artists, digital preservationists, urban planners, and poets producing media in and around the Federal District. The first manifestation is an experimental sci-fi documentary about the imaginative and material processes of building transcendent utopian cities. The film’s attention radiates outward from the modernist megaproject, Brasília, to the flourishing landscape of UFO cults, pyramids, monuments, and transcendental sites surrounding it. At the seminar, Yoni Goldstein will present brief excerpts from the project and give an overview of the historical, conceptual, and aesthetic framework of digital cinema production.

Yoni Goldstein is an Israeli-born, Chicago-based filmmaker, installation artist, and cinematographer whose video art and experimental cinema works explore sacred sites and systems. Goldstein has gone on to work on a number of nonfiction media concerning body and power: from examining hybridized healing practices in the Northern Andes (“La Curación”), to life sentences for children in US prisons (“Natural Life”), to large-scale tableaux of historical and somatic memory (“The Jettisoned”). His cinematography works have been selected for The Cannes Film Festival, South by Southwest, The Whitney Biennial, Oslo Architecture Triennale, and the Criterion online collection. He is currently working as a full-time filmmaker and co-founder of Mass Ornament Films, an international collaborative of award-winning filmmakers and visual artists. His directorial works have exhibited in numerous international festivals and galleries, including The Ann Arbor Film Festival, Festival International du Film Ethnographique du Québec, Hot Springs Documentary Festival, Sydney Latino Film Festival, Hot Docs Digital Doc Shop, Globians Doc Fest Berlin, and is collected in the US National Library of Science.