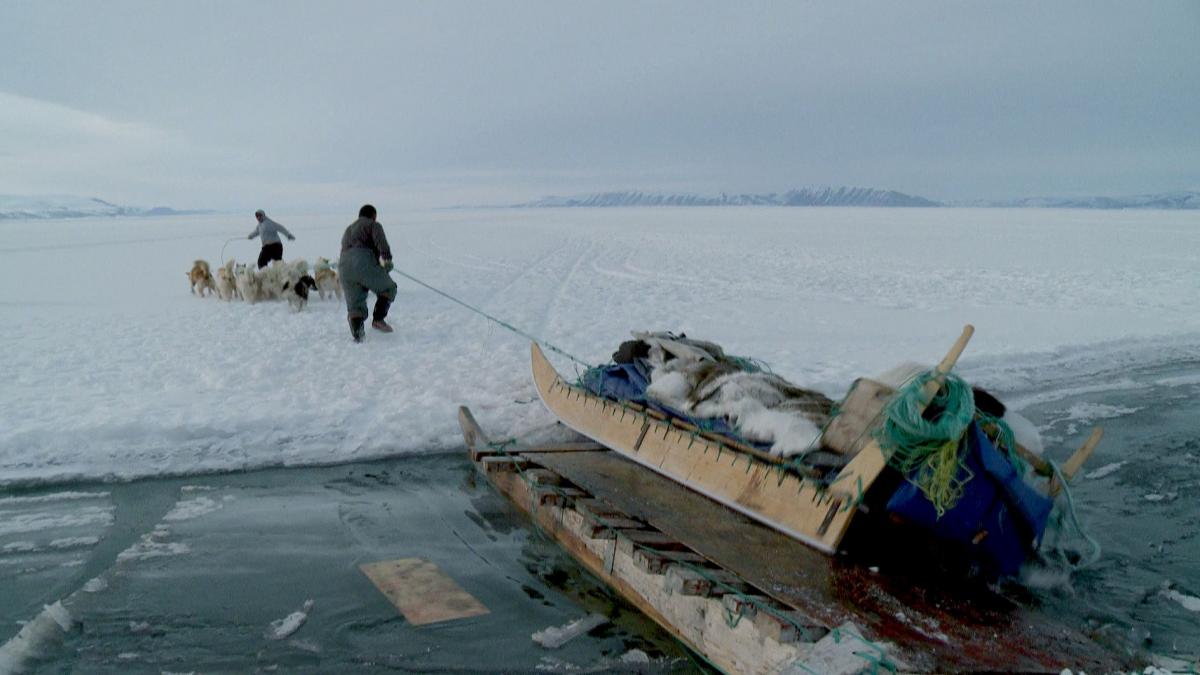 The Arctic Rights and Wrongs tematic program in the 13th Verzio Film Festival organized in cooperation with the Danish Embassy, Verzio and Blinken OSA brings together recent documentaries that depict a globalized Arctic, including films from Canada, Denmark, Germany, Greenland, Norway, and Russia. The program’s films articulate how human rights issues in the Arctic are diverse and demonstrate distinct regional and national characteristics. These documentaries discuss human rights from perspectives that range from insider and outsider, historical and contemporary, experimental and activist, personal and political, and include films by Indigenous directors. The films address questions of environmental impact, geopolitics, colonialism, and Indigenous rights in ways that are also transforming what audiences expect from Arctic filmmaking, moving away from depicting the region as a blank, unchanging, and isolated slate.

This presentation examines the wide variety of experimental and hybridized documentaries being produced in the Global Arctic that address questions of human rights. From experimental, first person narratives, to the rockumentary and contemporary digital video art, Arctic documentaries are creating new, hybridized cinematic forms to address Indigenous rights, climate change and the history of colonialism. Films screened at the festival, including Sumé: The Sound of a Revolution, Rebel, and Echoes, will be placed into a larger context of emerging productions from Canada, Denmark, Greenland, and Sápmi.

This presentation addresses contemporary Arctic documentary film production, circulation, and distribution contexts. Foregrounding how documentary filmmaking serves political, cultural, and social functions, especially as relates to human rights, environmental impact of resource extraction, and the effects of climate change, Dr. Stenport will also be discussing documentary filmmaking as a central component of knowledge dissemination in the far North, and between southern and northern constituencies. Documentaries screened at the festival will be addressed in this context.

This presentation surveys a selection of contemporary Russian documentary releases focusing on the Far North. It surveys changing conventions for portraying indigenous population and the recurrent visual topoi representing the North as a space rich in natural resources that “awaits” exploration and a frontier requiring control over the territory. Addressing the changing conceptual and visual conventions, the presentation highlights alternative representational traditions in contemporary Russian productions.

Eva V. Belova was born in Salekhard, Russia. She studied at the Gerasimov Institute of Cinematography (VGIK) directing department between 1996 and 2003. She is a participant and award-winner of international festivals and a member of the Russian Film Directors' Guild.

Gunnar D. Hansson (born 1945 on the island of Smögen in Sweden) is writer, poet, essayist, translator and professor em. in Creative Writing at The Faculty of Fine, Applied and Performing Arts at the University of Gothenburg. His poetry book Lomonosovryggen, about an expedition to the North Pole with the icebreaker ”Oden”, was published in 2009, and has been translated into German and Hungarian.

Scott MacKenzie teaches Film and Media at Queen’s University, Canada. His books on the Arctic include: Films on Ice: Cinemas of the Arctic (2015); Arctic Environmental Modernities: From Age of Polar Exploration to the Era of the Anthropocene (w/ Lill-Ann Körber and Anna Westerståhl Stenport, Palgrave Macmillan, 2016); and Arctic Cinemas and the Documentary Ethos (w/ Lilya Kaganovsky and Anna Westerståhl Stenport, forthcoming, Indiana University Press), and he has co-curated Arctic screenings in Canada, the USA, and Europe.

Oksana Sarkisova is Director and Head of Programming of Verzio International Human Rights Documentary Film Festival and Researcher at Central European University, Blinken OSA Archivum, Budapest. Her research interests cover issues of memory and representation, Russian and East European film history, and amateur photography. She is co-editor of Past for the Eyes: East European Representations of Communism in Cinema and Museums after 1989 (2008) and author of Screening Soviet Nationalities: Kulturfilms from the Far North to Central Asia (2016).

Anna Westerståhl Stenport is Chair and Professor of the School of Modern Languages at Georgia Tech. She has written extensively about Arctic and Nordic cinemas in numerous publications, and her co-edited books include Films on Ice: Cinemas of Climate Change; Arctic Environmental Modernities: From the Age of Polar Exploration to the Era of the Anthropocene; and Arctic Cinemas and the Documentary Ethos. She has also co-curated a number of Arctic cinema screenings in Europe and North America.

The panel discussion is in English /// Free Entrance

For more info on the films and the panel discussion visit www.verzio.org