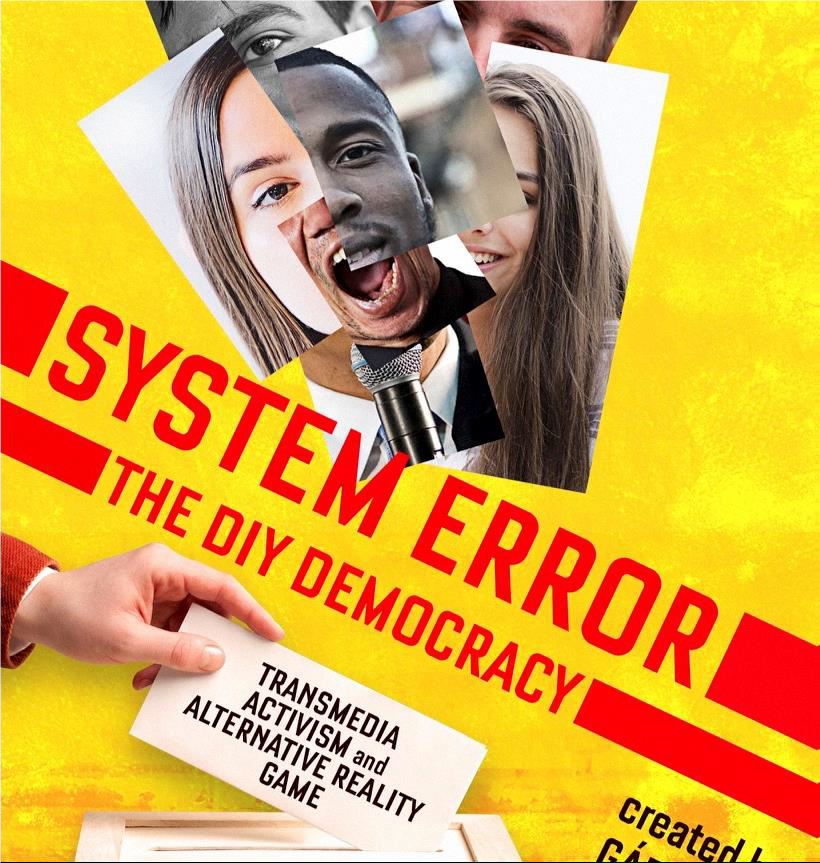 SYSTEM ERROR is a work-in-progress immersive cross-media experience at a real university, which tells the story of a conspiracy, intertwined with the contemporary migration situation, in the context of direct democracy. This is a participatory educational project, which uses the collage of different techniques and technologies to narrate its partly fiction, partly documentary narrative - such as interactive film screenings, immersive theatre performances, art exhibitions and social media storytelling. These elements, platforms will be unfolding on locations at universities - repeatedly - with the actual students as participants. The project will help the students learn about direct, participatory democracy, it will help them internalise its values and teach them its practices in a playful, engaging way. All this can be perceived as a workshop at a university with a narrative, a crime drama, which tells the story of an honest young woman who, through facing his boyfriend’s corruption, comes to the conclusion that democracy needs to be reshaped - by us - through direct participation.

The talk will describe how the project evolved over the last few years and where it is at the moment.  It will also introduce the ever changing concept and history of cross-media, transmedia, interactive storytelling and their collision with activism.

Gábor Hörcher is artist-in-residence at the Instiute for Advanced Study at CEU. studied psychology, law and film studies, has worked as a waiter in London, as a mixer in Greece and as a teacher in Cambodia, where he taught human rights at a local university. He started filmmaking and working with director, producer Marcell Iványi early 2008. They run KraatsFilm together producing films and theatre performances. Gábor’s first feature film project Drifter won the Robert Bosch Co-production Prize and premiered at IDFA winning the Best First Appearance Award in 2014. The film was selected for the European Film Award too. His latest fiction short film, titled Ricsi premiered at Clermont-Ferrand Film Festival and shortly after won the Best Hungarian Short Fiction Film Prize. Currently he is shooting a documentary with HBO, is working on a cross-media education project and he is also developing a new film in the civil war thorn Myanmar, working together with the local Baptist church, refugees camps, rehabilitation centers for heroin addicts and the freedom fighters of the Kachin Independence Army.