Painting and the Image Condition in Millennial Mumbai 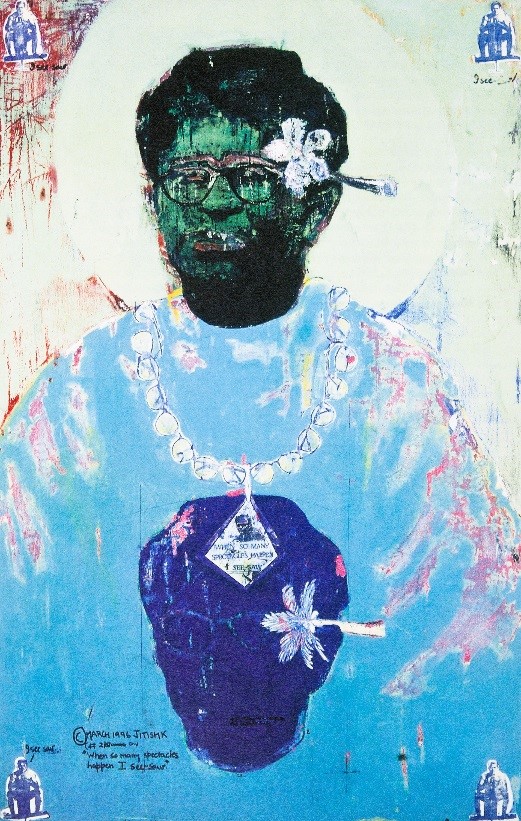 From the mid-1990s onward, an avalanche of new image forms became available in the city of Mumbai, from the proliferation of visually innovative television channels, including MTV and Channel [V], to a quieter new ubiquity of duplication technologies like Xerox and fax, to the windows of personal computing and the hypertext links of the internet.  A crucial marker in that process of media shift came in 2000, when the “irrational exuberance” of the dot-com boom landed in Mumbai mere months before its global crash.  Instead of ushering in the medium of painting’s demise, as critics often framed it in the moment, these new media shaped painting practice without displacing it in the Indian art scene.  The years just after the millennium saw a boom market in painting that engaged with the contemporary image condition, with photorealistic renderings of mediatic images becoming particularly desirable.  This paper tracks the eruption of multiple technologies of image-making and -circulation as they entered into the artistic practices of painters and made possible a new internet-facilitated market for art.

Currently a Humboldt Fellow at the Heidelberg Centre for Transcultural Studies, Karin Zitzewitz is Associate Professor of Art History and Visual Culture at Michigan State University. Her book, The Art of Secularism: The Cultural Politics of Modernist Art in Contemporary India (2014), won the Edward C. Dimock Prize in the Humanities from the American Institute for Indian Studies and was named a 2014 New Republic book of the year. She curated exhibitions by Pakistani artist Naiza Khan (2013) and Indian artist Mithu Sen (2014) for the Eli and Edythe Broad Art Museum at Michigan State University. Her research articles have appeared in Third Text, ARTMargins Journal, Visual Anthropology Review, and Journal of Asian Studies and she regularly contributes art criticism to Art India and Art AsiaPacific.  She collaborated with Mumbai gallerist Kekoo Gandhy on a memoir, The Perfect Frame: Presenting Modern Indian Art (2003). Her current research concerns contemporary art in India after the liberalization of the economy.

Jitish Kallat, When So Many Spectacles Happen I See-Saw, 1996, oil and mixed media on canvas.