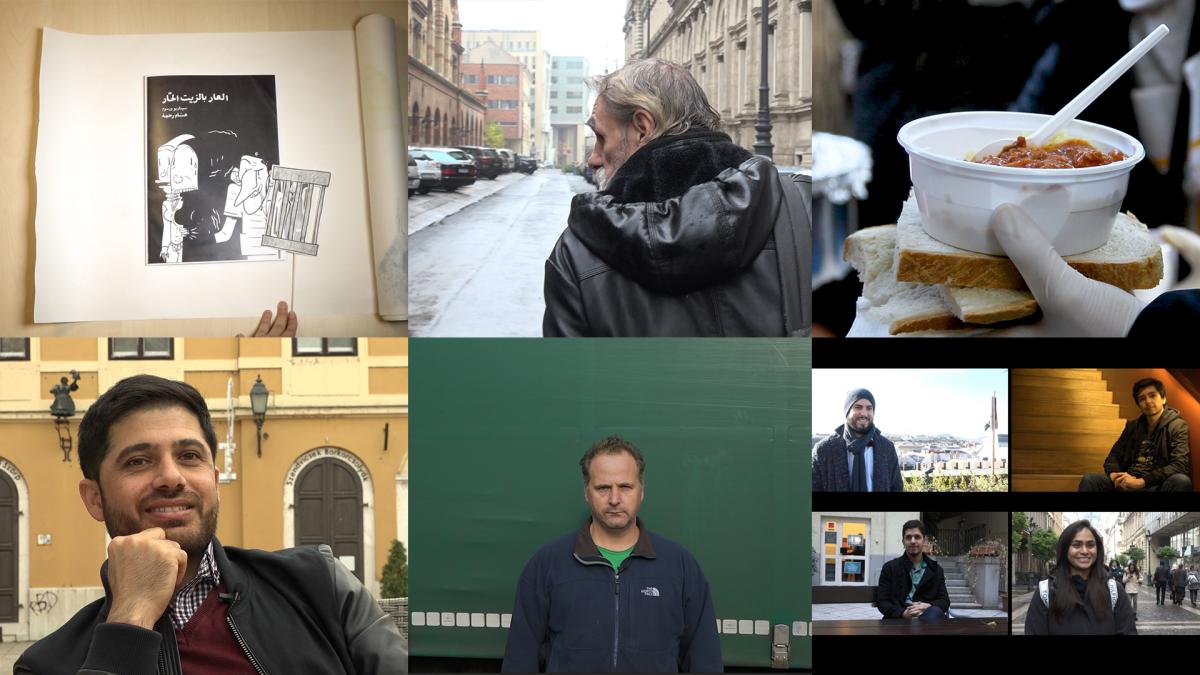 Join us for this special screening of short documentaries produced in courses which are supported by the CEU Library’s Mirabaud Media Lab, and are part of the curriculum of the Visual Studies Platform’s advanced certificate program in Visual Theory and Practice.  The evening is part of a series of end-of-semester screenings featuring the exceptional work of CEU students. This installment includes films from the courses “Fundamentals of Documentary Filmmaking,” "Documentary for Social Change” and “Foundations of Visual Practice.”

The screening will last for approximately 80 minutes and be followed by a brief Q&A with the filmmakers, and after that a reception in the N13 atrium.  See below for a description of the films.

“The Spectacle of the Other” [trailer] - An archival ethnography exploring the 1990’s Yugoslav War from a childhood point of view.
(2:20; Astrea Pejovic)

Documentary for Social Change
“Go Organic” – Transitioning to a healthier lifestyle by knowing where and how your food reaches you.
(Nurma Fitrianingrum, Shawna Anderson, Shubhangi Heda)

"SHEntrepreneurship" - How female students of CEU can benefit from launching their startups with Innovations Lab.
(Elena Krusheuskaja)

“Vegetarian for a week” - Challenging several people to cut down on their meat consumption for a week.

“Walk With Me” - The steps and shifts in the life of Dodi.
(Alexanders Kolas, Dora Weber, Israel Collier & Setu Band Upadhyay

Fundamentals of Documentary Filmmaking
"Cleaning out the Cellar" - A film about a controversial museum in the center of Budapest and two conflicting views on its meaning.
(Alisa Alieva, Mariia Zimina, Mila Bajic)

“Food for Humanity” - A film promoting the activities of Heti Betevő, a charity organization that provides food and clothing to poor and homeless people in Hungary.
(4:00; Alexandra Zinovyeva, Ilkin Cankurt & Lucie Janotova)

“To Be In Love” - Despite facing mounting odds in their everyday work, investigative journalists Blanka Zöldi and Katalin Erdélyi refuse to give up.
(Adam Hushegyi, Ajia Henic-Sarajlic, Andrej Kuklin)

“Transition” - It is hard to be a transsexual in Hungary: this is a glimpse into the struggles of a transsexual woman in the country.
(Iryna Mysiv, Lili Toth, Mirkamran Huseynli)

“Stopped at km 22” - What is home like when you can never be there? A film about life and work on the road.
(Jack Atmore, Lucy Szemetova & Wouter Torbeyns)