Painting against Empire: Béla Uitz and the Birth of Internationalist Socialist Realism 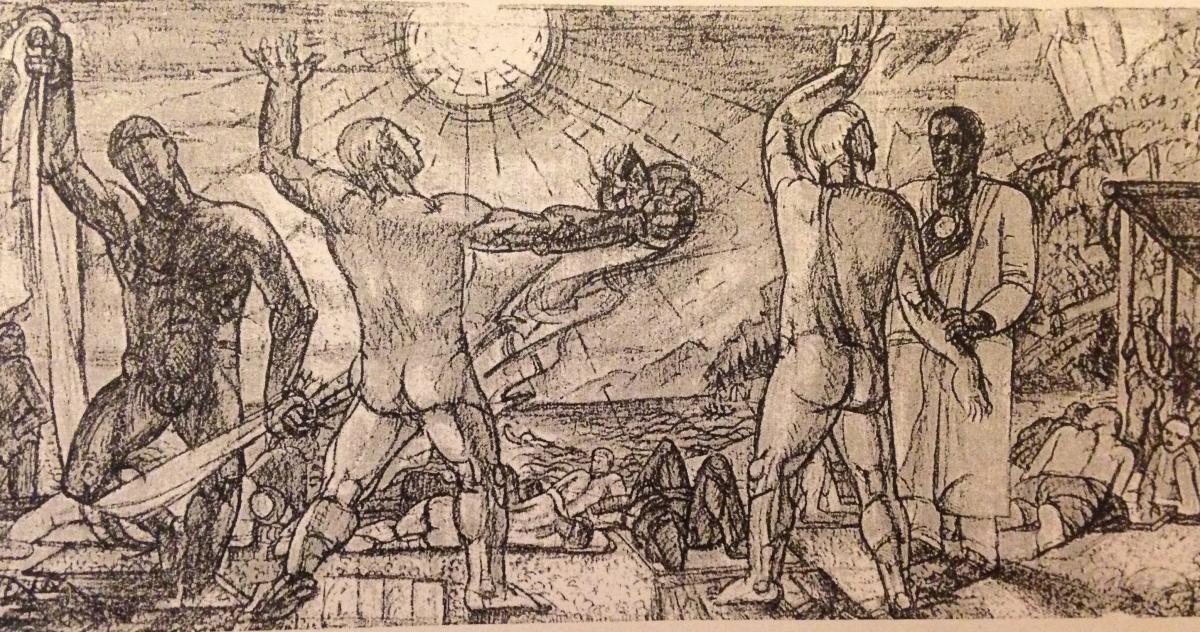 This lecture describes Béla Uitz’s influence on the development of Soviet Socialist Realist art. It first offers a brief history of Uitz’s life and work as he went from being a key member of the interwar Hungarian avant-garde, first in Budapest and then in Vienna, to a prominent Soviet realist painter and art’s administrator. The lecture then describes how Uitz developed his unique theory of internationalist Socialist Realism within the context of the International Bureau of Revolutionary Artists (MBRKh), a Soviet cultural-exchange organization he co-founded with the Ukrainian painter Anton Komashka in 1930, and shows specifically how this theory of impacted the definition of Socialist Realism as the official style of Soviet visual art between 1930-37. In so doing, a offer the first insights into the ways in which ideas about national form influenced the development of Socialist Realist art and begin to describe the style’s complex and precarious position as a component of both the symbolic violence of the Stalinist Terror and the Soviet anti-fascist campaign against Nazi Germany.

Angelina Lucento received her Ph.D. in art history from Northwestern University. She focuses her research efforts on the material and cultural histories of painting and photography in the global context and the far-reaching, cultural-historical consequences of the Russian Revolution and the Second World War. Lucento is currently an assistant professor of history and art history at the National Research University-Higher School of Economics in Moscow, where she is completing her first book Moving the Masses: Painting and Communication from Budapest to Bishkek, 1918-1941. Her work has been published in Studies in Russian and Soviet Cinema, Cahiers du Monde russe, Performance Research, CAA.reviews, and ArtGuide.