A Personal Journey. Masterclass with Bettina Henkel (Academy of Fine Arts Vienna) and screening of documentary "Children below Deck" 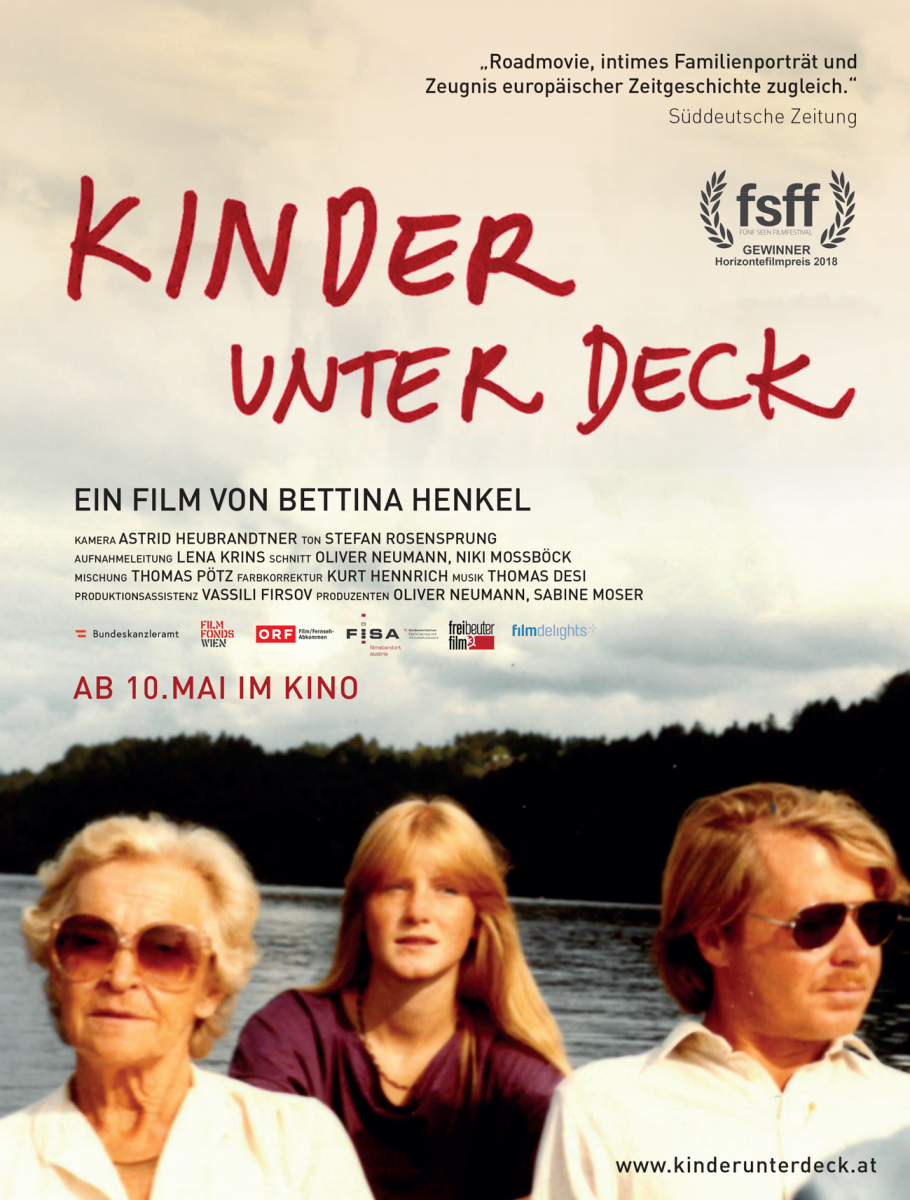 Based on the premise that unresolved experiences and traumas are infused and inherited from one generation to the next, “Children Below Deck” follows a poignant and complicated process of reconciliation between director Bettina Henkel and her father and, subsequently, both their coming to grips with the memory of his mother. From accusations of a lack of love to an exceedingly overbearing nature, he seems to be consumed by a vindictive interest in scrutinising his mother’s past, in exposing her secrets. Moments of honesty and of direct confrontation exorcise family grudges, and the inquiry into the grandmother’s past strengthens the bond between father and daughter. The family chronicle leaves room, at the same time, for an investigative process set against the two world wars, the population movements and the status of Baltic Germans. “Children Below Deck” is a film with a distinct personal touch, taking stock of what can and can’t be forgiven of those who are no longer with us, of what can be retrospectively justified. (Teodora Leu)

Bettina Henkel, born in Germany, lives and works in Vienna/Austria since 1994. She is an artist and lecturer, since 2000 she is teaching at the Academy of Fine Arts Vienna, where she is heading the “media lab” and the “research lab for film & television”. Her domain of interest and teaching subject are documentary between history and biography. After being educated in modern dance, she studied art history in Munich and Painting at the Academy of Fine Arts in Nuremberg/Germany. With a grant from the DAAD she moved to Vienna and studied Visual Media at the University of Applied Arts in Vienna. "Children below Deck" (2018, 93 min) is her first feature length documentary. The film was screened at several filmfestivals in Europe and won the Horizonte Filmprize at the “12. Internationales Fünf Seen Filmfestival”.

The masterclass is introduced by Oksana Sarkisova (VSP, Blinken OSA)

Powered with the CEU Humanities Initiative, organized by the Visual Studies Platform in cooperation with Blinken OSA Archive.